Chinese researchers have discovered a new strain of swine flu 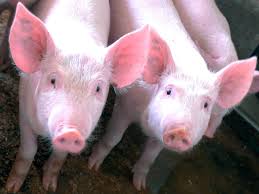 Chinese researchers published a study in the journal Proceedings of the National Academy of Sciences, which said they discovered a new strain of swine flu that spreads from animals to humans and is potentially capable of causing a new pandemic.

The reassortant strain, called G4 EA H1N1, also contains the genes of the H1N1 / 09 virus, which caused the influenza pandemic in 2009. Evidence of whether this strain of influenza virus can be transmitted from person to person is not yet available. The Chinese authorities also said they would take all necessary measures to prevent the spread of any viruses against the backdrop of reports of the discovery of a new strain of influenza that could potentially cause a new pandemic.

According to Christian Lindmeier (World Health Organization), the organization intends to carefully study the publication of Chinese researchers on the identification of a new type of swine flu.