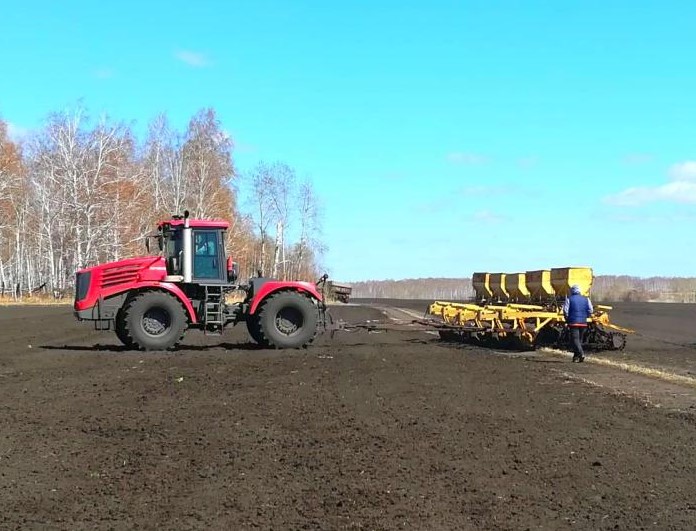 The sowing campaign in connection with the early spring this year began a little earlier, which made it possible to sow all the necessary crops and lay the foundation for a good harvest. The sowing campaign is almost completed, the main grain and leguminous crops were sown on an area of 2 million hectares (101.4% of the plan). Spring sowing was also carried out on an area of more than 2 million hectares, which is 99.8% of the plan. The sowing of oilseeds, which were sown on an area of 309,600 ha, or 99.5% of the plan, is coming to an end. Potato planting and vegetable sowing is completed. This was announced during an online press conference by the Minister of Agriculture and Food of the Omsk region Nikolai Drofa.

The Minister noted that in spite of the abnormal spring, the farmers started the sowing campaign two weeks earlier, there are a number of positive aspects. In general, this year there was an increase in the areas of both spring sowing, and grain and leguminous crops in the amount of more than 60,000 ha. Omsk farmers increased the application of mineral fertilizers per hectare of sown area, and the acquisition of agricultural equipment also increased. So, 163 units of machinery and (or) equipment were purchased for a total of RUR 560.7 million ($ 8,18 million), while in 2019 by that time only nine units of machinery and equipment had been purchased for a total of RUR 5.3 million ($ 0,077 million).