Omsk region in 2020 increased export of products by 20% 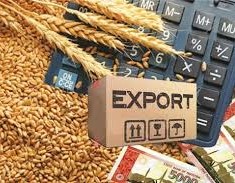 The volume of exports of agricultural products from the Omsk region, which is one of the main agricultural regions of Siberia, increased in 2020 by almost 20% to 680,000 tons, said Oleg Podkorytov, head of the Rosselkhoznadzor Omsk Branch.

"We have exported 550,000 tons of crop products this year, and a total of 680,000 tons of livestock and crop products. This is 100,000 tons more than last year, about 20%", said Podkorytov. He noted that grain and oilseeds remain the main export items from the Siberian region. "The main exporting countries are Kazakhstan, Kyrgyzstan, Uzbekistan, China and Mongolia."

Thus, the export of grain to Kazakhstan increased in comparison with the level of the previous year by the current date by more than 50% to 227,000 tons. According to Podkorytov, measures are also being taken to reduce the illegal export of grain to the territory of Kazakhstan, for which the supervisory authorities signed an agreement on interaction at the beginning of the year. "This year, 41 cases of grain export without accompanying documents were suppressed, this is about 860 tons," Podkorytov said. He added that farmers are thus trying to avoid paying taxes, duties and checking their grain for compliance with phytosanitary legislation.