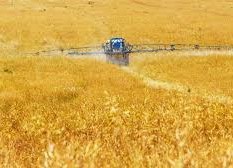 To obtain the list of the top 20 agricultural producing countries in the world, it were used data for food crops and cash crops like Oilseeds and Cotton seeds, in cumulative for a more holistic view of agricultural countries.

The top 20 agricultural producing countries in the world are the top performers in world agriculture - a vital element for world livelihood. Agriculture is one of the indispensable sectors of the world economy which is not only one of the highest revenue earners worldwide, but also one which caters to the food requirement of the world. Being one of the core industries which is seldom hit by fluctuating demands, a country with a strong foothold in agriculture production can allow for greater stable economic development of a country. It can be hence deduced that a country that relies on its agriculture produce for its revenue generation is building a base to a strong economy.