Deep processing of Jerusalem artichoke to be launched in Lipetsk region 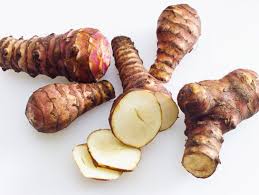 "The stage of engineering and design work has been completed for the construction of the first Russian plant for the industrial production of prebiotic ingredients in the special economic zone of the regional level in Dankov (Lipetsk region). Now most of the plant's equipment has been installed in the areas of receiving, washing, cutting and diffusion of raw materials. SME Bank opened a credit line for Istagro Don in the amount of RUR 955 million ($ 12.97 million). The security for the loan in the form of a guarantee from the SME Corporation amounted to RUR 495 million ($ 6.72 million)," the SME Corporation press service said.

The processing capacity of the plant will be up to 500 tons of Jerusalem artichoke per day, and the annual volume of final products - up to 15,000 tons. Deliveries of products are planned for a wide range of food manufacturers, including PepsiCo Russia (USA). One of the most biologically valuable plants, Jerusalem artichoke (Helianthus tuberosus), was selected as a raw material.

Due to the fact that in Russia there is no experience in the construction of such plants, the design was carried out with the participation of the Belgian company Desmet, a leading engineering company that has in its portfolio successfully completed projects of such industries. The project provides for a high level of automation, which ensures consistent product quality. The bulk of the technological equipment was produced in Russia. The completion of the construction of the first stage of the plant and the supply of communications is planned in the spring of 2021. Istagro Don sets aside about six months to 'test' the production technology, and in the fall of 2021 the plant should reach industrial volume.

By the time the first stage of the plant was launched, the project team, which is a resident of the Skolkovo Foundation, had developed the main product line. In Russia, there will be a prebiotic syrup (with a high oligofructose content - up to 81% on a dry matter basis), produced from Jerusalem artichoke by the enzymatic hydrolysis of inulin and fructose-glucose syrup (with a fructose content - over 70% on a dry matter basis). Also, the project team continues to work on the creation of feed additives with high prebiotic activity for animal husbandry. After the plant is launched in 2021, Istagro Don will become the only industrial-scale manufacturer of products with a high inulin content in the Russian Federation.